Ready to improve your relationship with your dog? 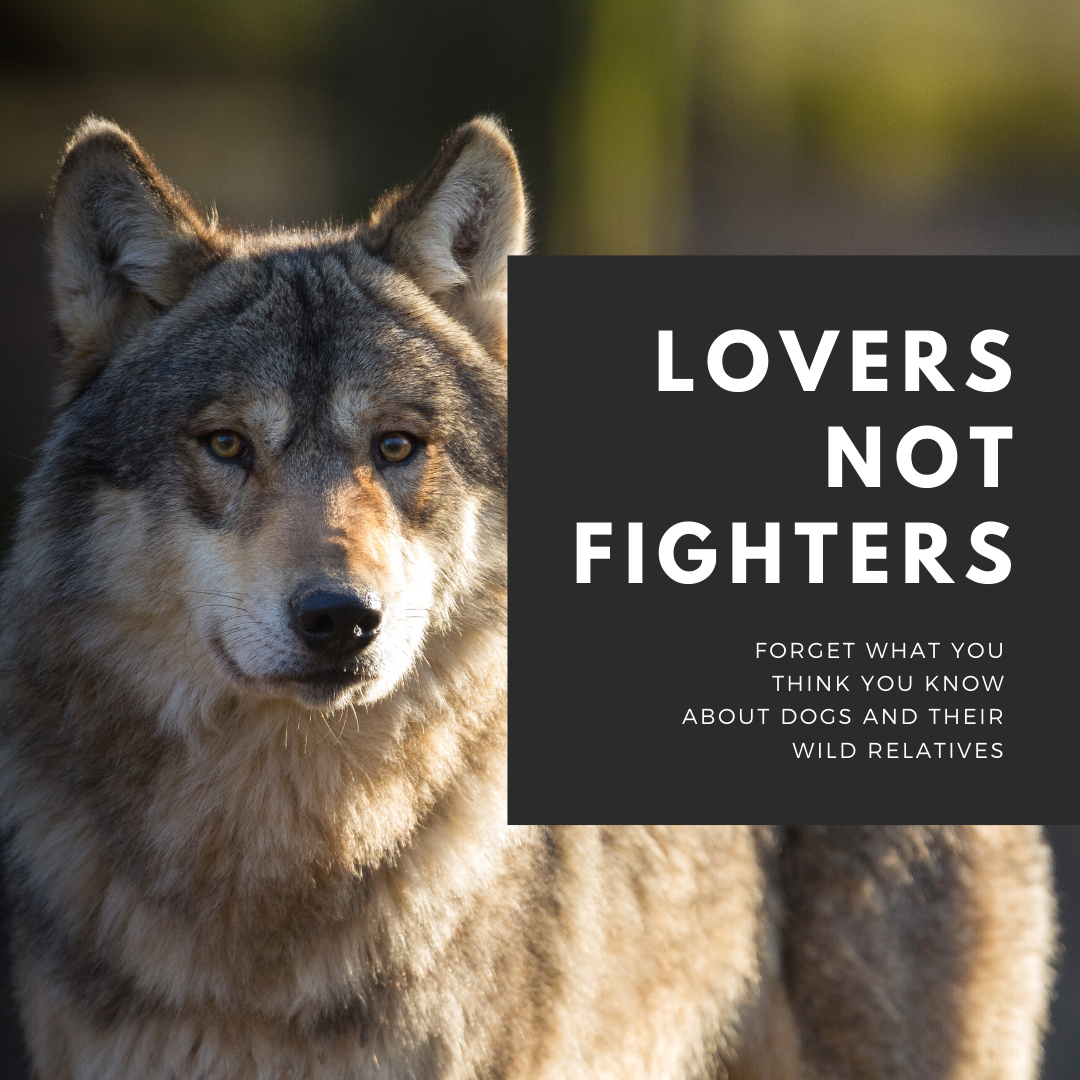 Does your dog want to be PACK LEADER?

This lack of regulation in dog training thing I'm always banging on about, it's a real pickle. You see, we've known for yonks pack theory is a load of old cobblers.

Yet so many unqualified dog trainers and certainly plenty of other dog guardians will tell you even your PUPPY is trying to dominate you.

This outdated belief stems from human assumptions that wolves and dogs are the same, and a fundamental misunderstanding of wolf behaviour. Plus a few unmentionable TV personalities who just won't let the myth die...

The original research that birthed this idea consisted of an artificial set up of unrelated adolescent wolves crammed in a small enclosure; kinda similar to the big brother house, eh?!

Spoiler alert - they didn't really get on! Bloodshed ensued.

So, the scientists took these findings and ran with them. They assumed all wolves in the wild behave this way, they all fight to be 'pack leader'. And dogs too, because they're basically the same, right?

There are a plethora of issues with this, so I'll try and unpack them succinctly:

Annnnnd finally, a statement from Dr Mech himself:

'The concept of the alpha wolf is well ingrained in the popular wolf literature at least partly because of my book "The Wolf: Ecology and Behavior of an Endangered Species," written in 1968, published in 1970, republished in paperback in 1981, and currently still in print, despite my numerous pleas to the publisher to stop publishing it. Although most of the book's info is still accurate, much is outdated. We have learned more about wolves in the last 40 years then [sic] in all of previous history. One of the outdated pieces of information is the concept of the alpha wolf. "Alpha" implies competing with others and becoming top dog by winning a contest or battle. However, most wolves who lead packs achieved their position simply by mating and producing pups, which then became their pack. In other words they are merely breeders, or parents, and that's all we call them today....'

A lot of behaviours in adult dogs associated with dominance, in fact stem from the emotion of fear. Quite the opposite of them 'being dominant'. These behaviours often stem from insecurity rather than overconfidence or having ideas above their station.

So there you have it folks. Next time someone tell you your puppy is dominant or trying to be 'pack leader' just smile and wave.

And tell them they need a qualified dog trainer.

American Veterinary Society of Animal Behavior 2009. AVSAB Position Statement on the Use of Dominance Theory in Behavior Modification of animals.

Mech L.D. 2008. What ever happened to the term alpha wolf? International Wolf.